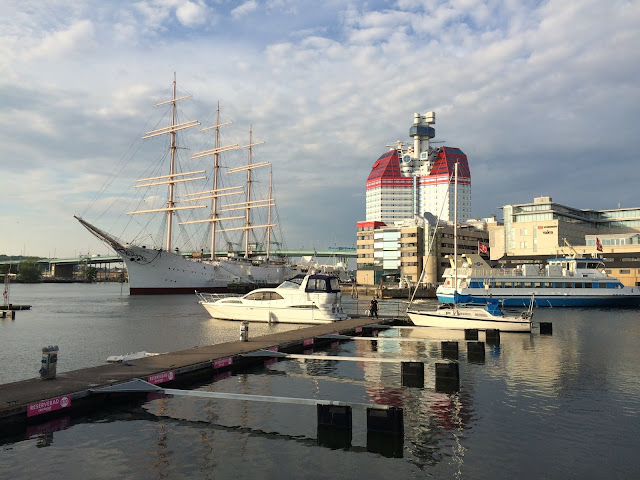 Gothenburg is Sweden's second largest city. It is situated on Sweden's south western coast, close to the border with Norway and only a short sea voyage south to Denmark and Germany. Because of its position it is a major port and industrial hub for Sweden. The enormous Volvo factory occupies a huge area north of the port facility and Saab, now defunct as an automaker, is located in the town Trollhatten, about half an hour further north.

With a maritime history going back more than a millennium, it should come as no surprise that Gotheburg has a fine maritime museum. The museum is located at Packhuskajen Quay, at the harbourside, a short ten minute walk from the Gothenburg central train and bus station, beside the Gothenburg Opera House. Interestingly, there is no barrier preventing you from viewing the collection from the quayside or on one of the many harbour tours.

For details of opening hours, ticket prices and activities, check their website: https://www.maritiman.se/en/planning-your-visit 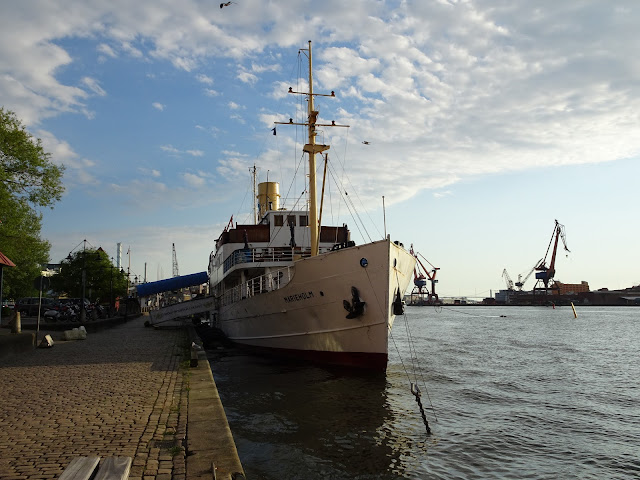 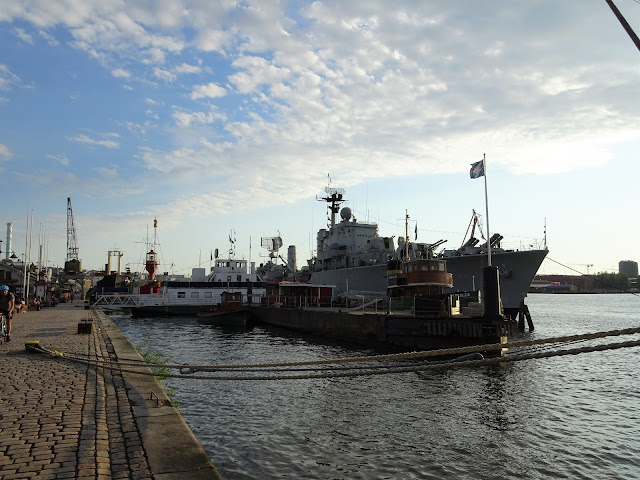 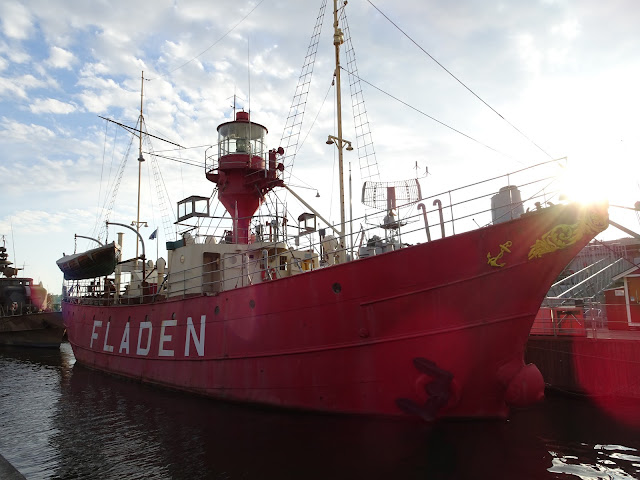 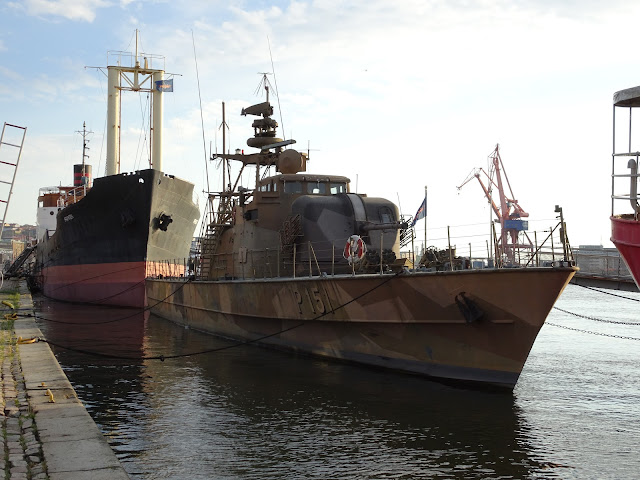 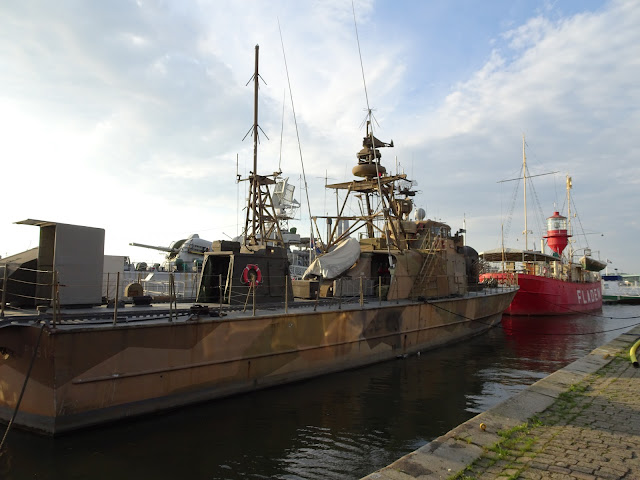 The HMS Hugin was built in 1978 serving as a coastal and riverine fast patrol boat. 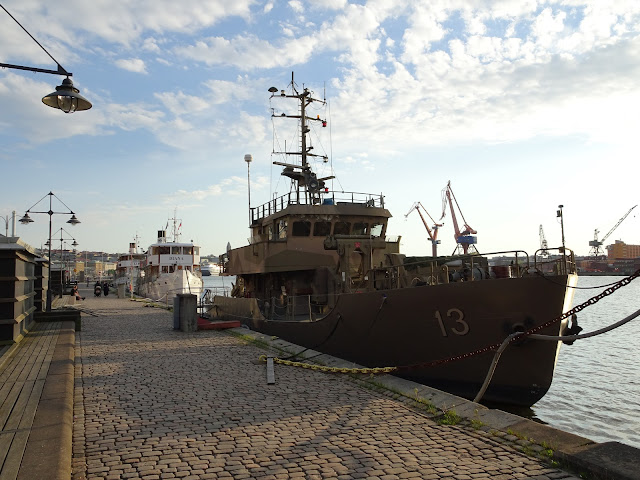 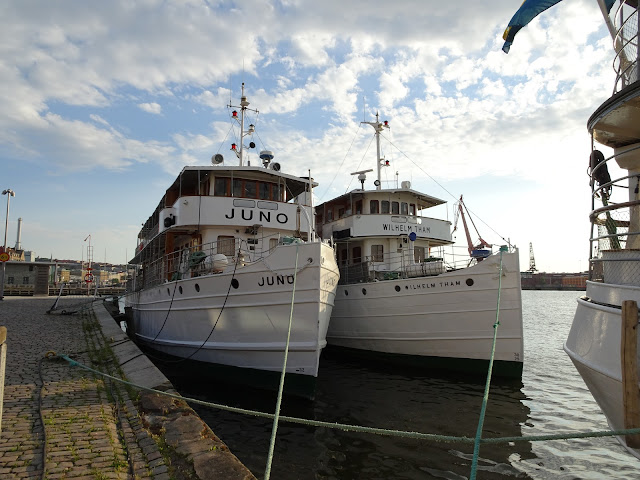 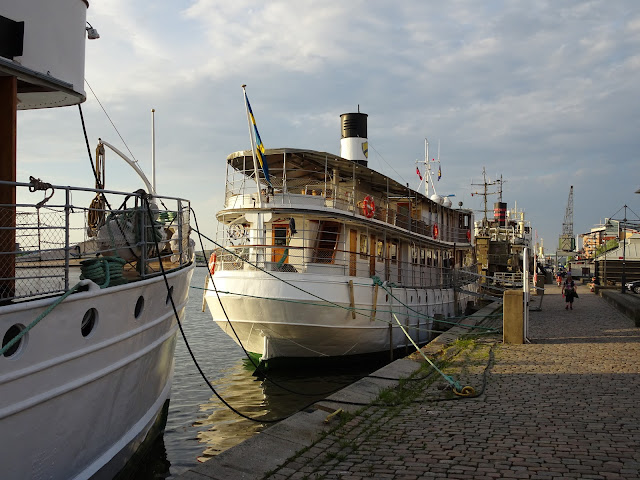 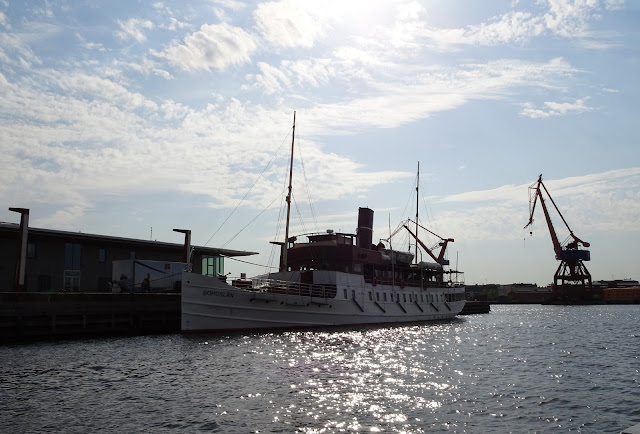 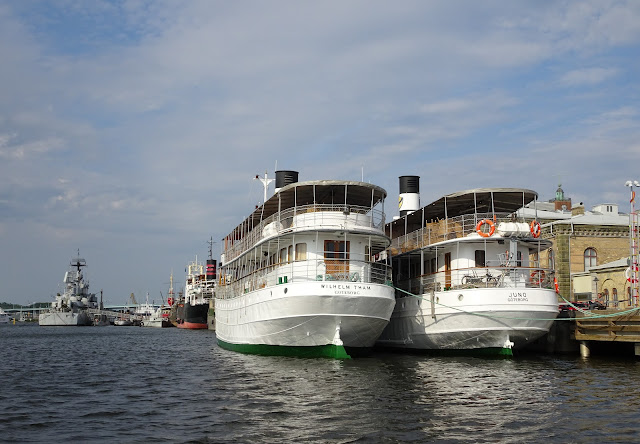 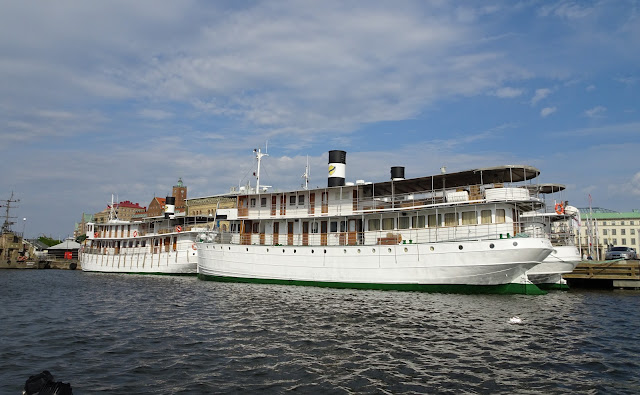 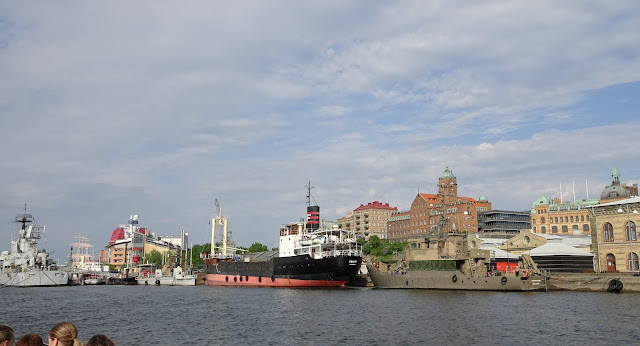 We also did a harbour cruise which gives you a good view of the fleet from the seaside. 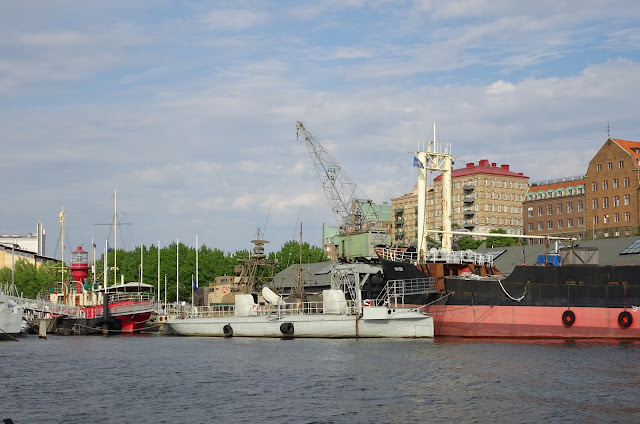 This is one of the most interesting ships in the collection, the Monitor Solve. 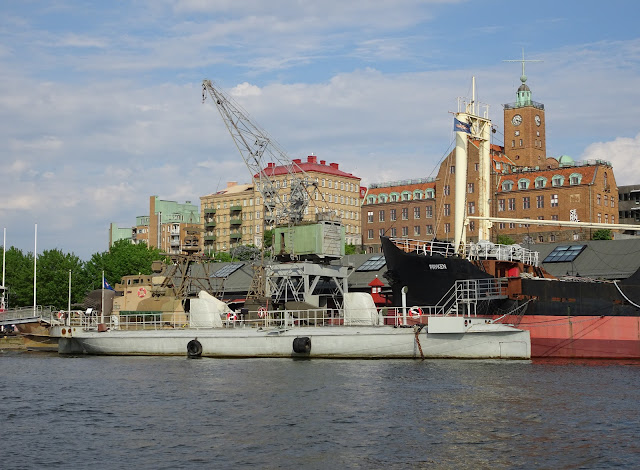 The Solve was one of seven domestically built Hildur class coastal monitors constructed in Norrkoping in 1875. The Solve and her sisters were armed with a singe 9 inch gun in a small turret. They were on active service protecting Sweden's enormous Baltic coastline until after the Great War, by which time they were long obsolete. She was decommissioned in 1919, stripped of her armor, armament and machinery and converted into an oil barge. In 1992 she was purchased by the Gothenburg Maritime Museum. 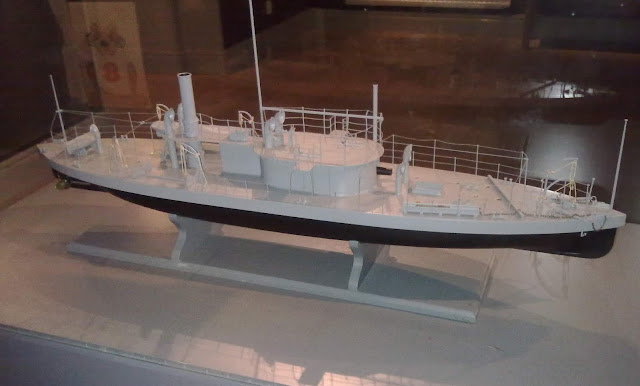 Model of the Hildur class as originally constructed. The 9 inch gun was not mounted in a true turret but a partially rotating mount that allowed the gun to traverse 45 degrees from the centreline. The museum has plans to restore the ship to its 1875 configuration but this has not commenced as yet. 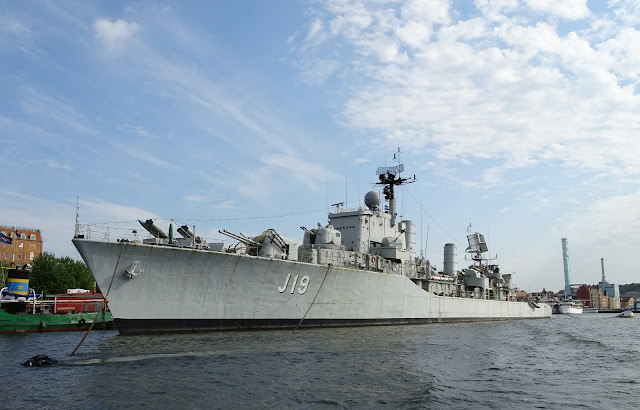 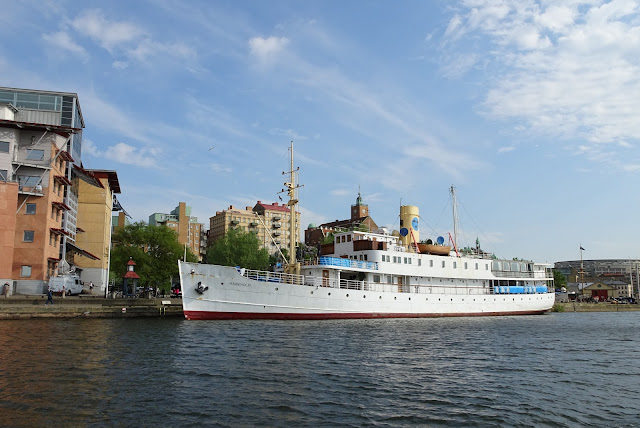 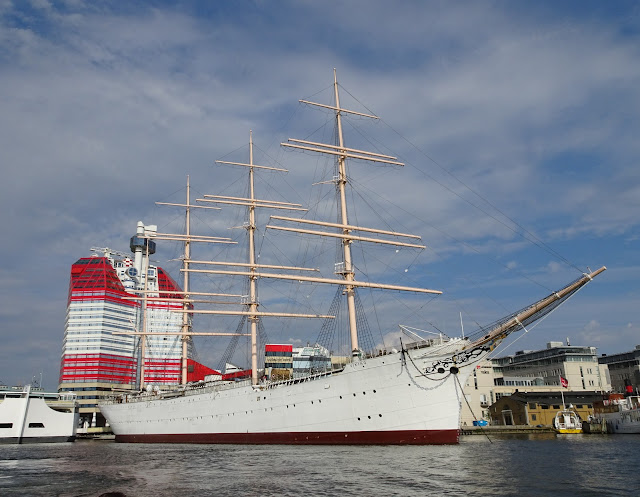 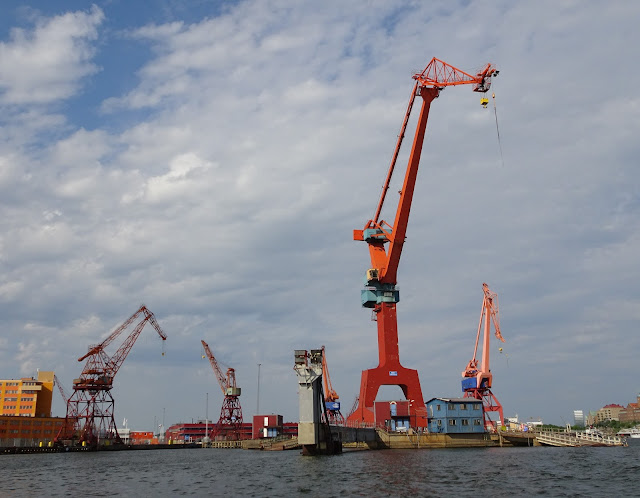 The big crane of Gothenburg.

Paul Markham
I am a project manager in sunny Perth, Western Australia with an unhealthy interest in vintage motor scooters, travel and ancient history.