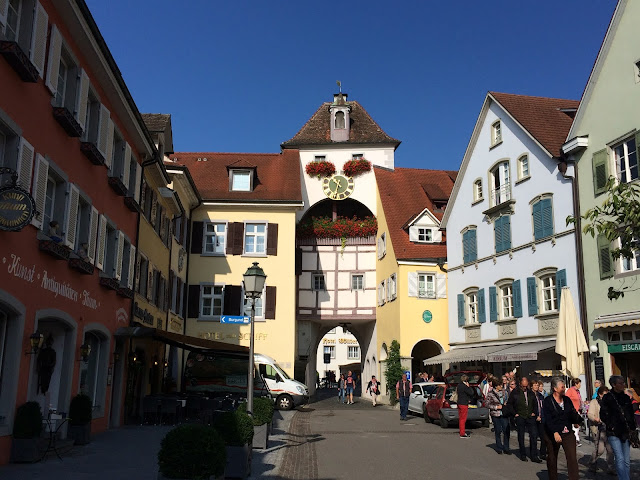 Meersburg is a beautiful small town on the shores of Lake Constance in Germany. The medieval town centre is charming and it is well worth a visit. Looming over the walls of the old town is Meersburg castle and a baroque era palace. There is a museum in the castle and escorted tours (in German). 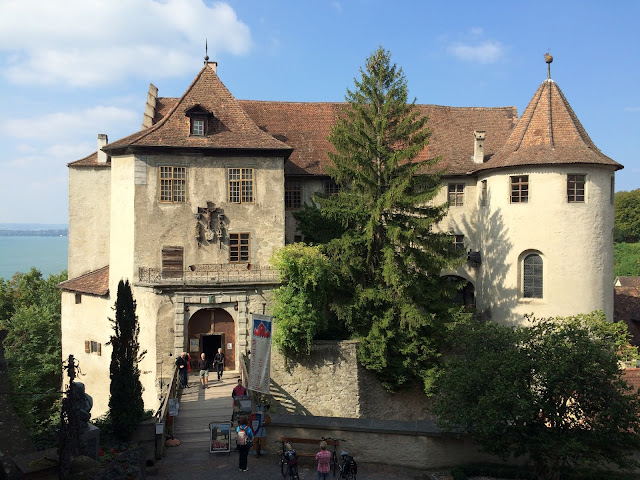 Whether you speak German or not, the tour is worth it. 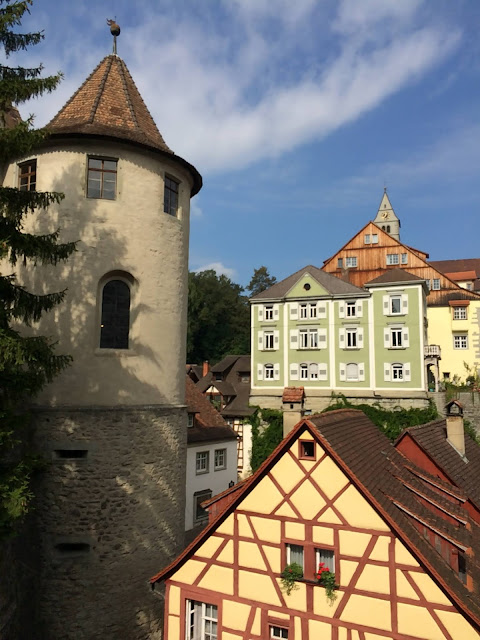 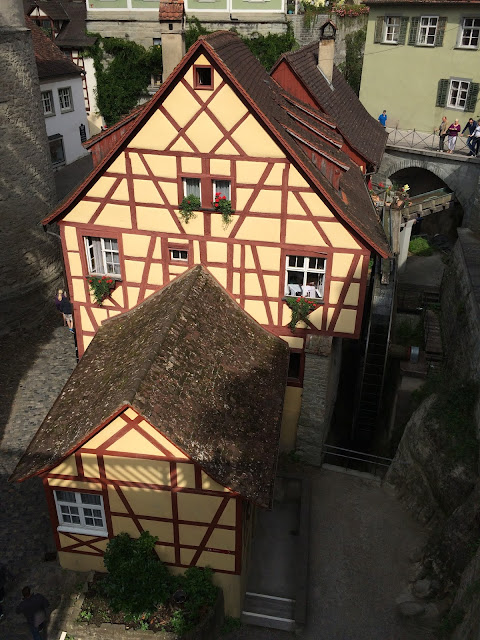 Near to the water mill is the Zeppelin Museum, a small collection of airship related memorabilia and artifacts. https://www.zeppelinmuseum.eu/ 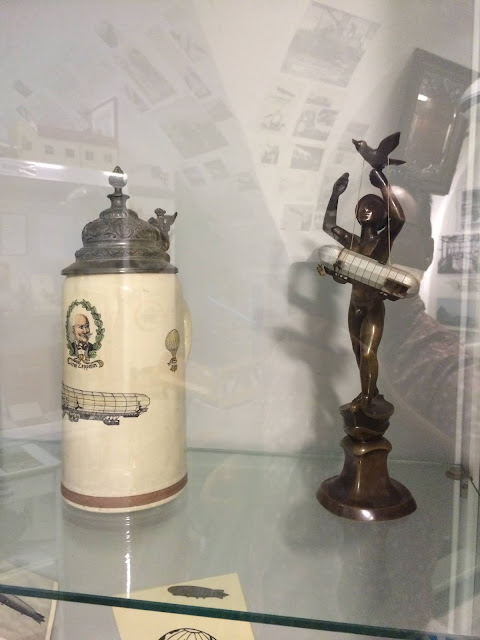 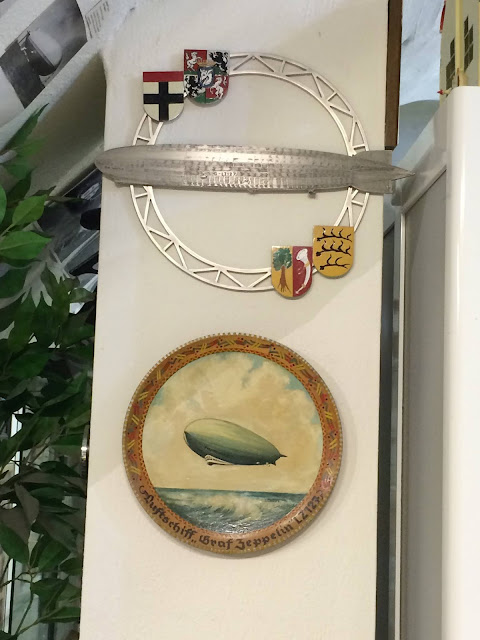 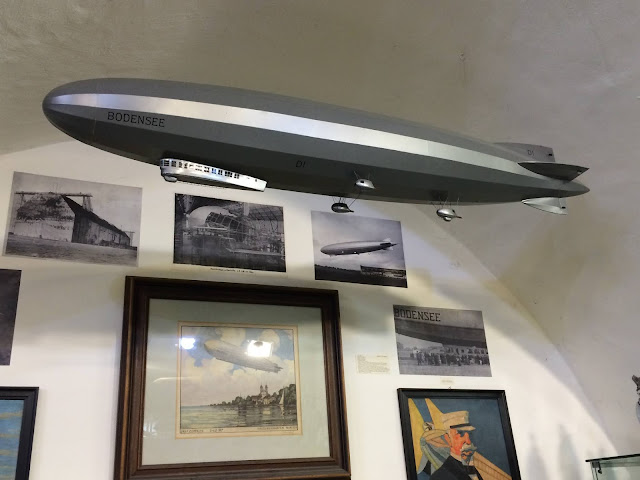 Paul Jaray's pioneering masterpiece, the LZ120 Bodensee of 1919. Although the airship was only in German hands for less than a year, it made more than 1000 flights between Fredrichshafen and Berlin, and some voyages further afield, such as a 17 hour flight from Berlin to Stockholm. In 1921 she was seized as war reparations and transferred to Italy. 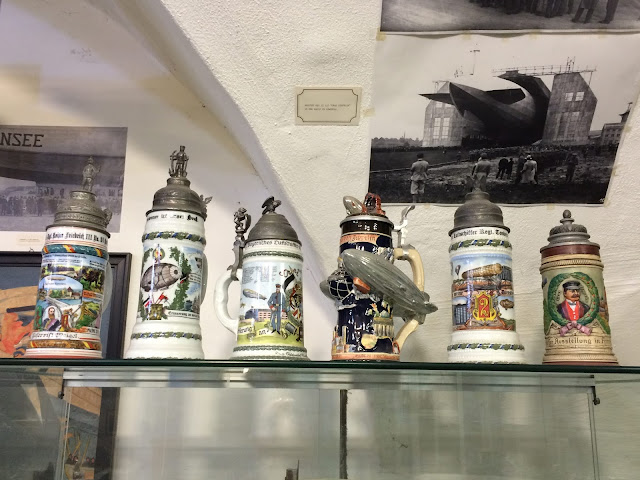 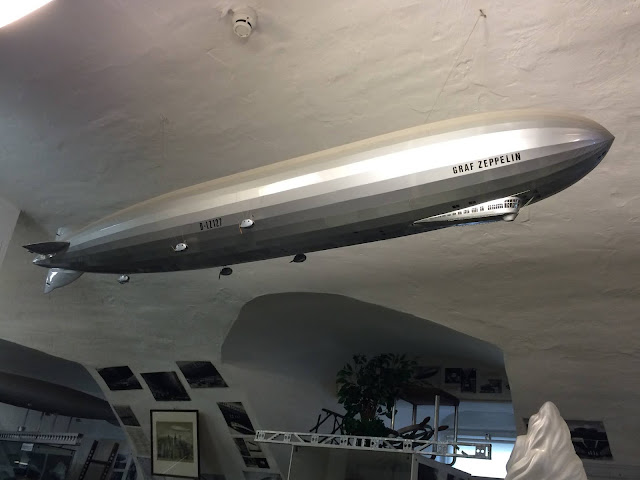 A marvelous model of the LZ127 Graf Zeppelin. 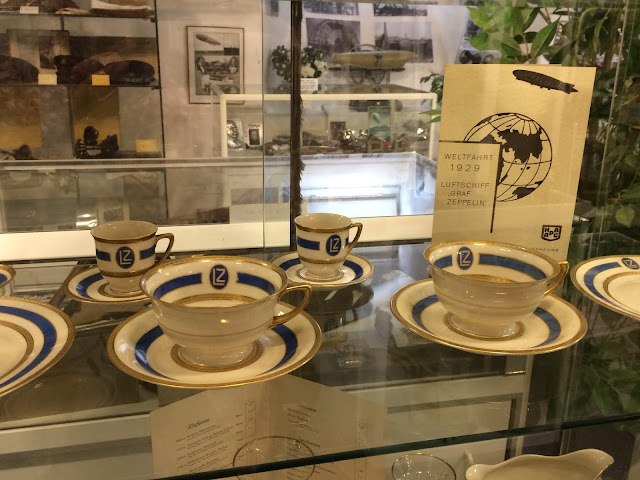 Crockery setting from the LZ129 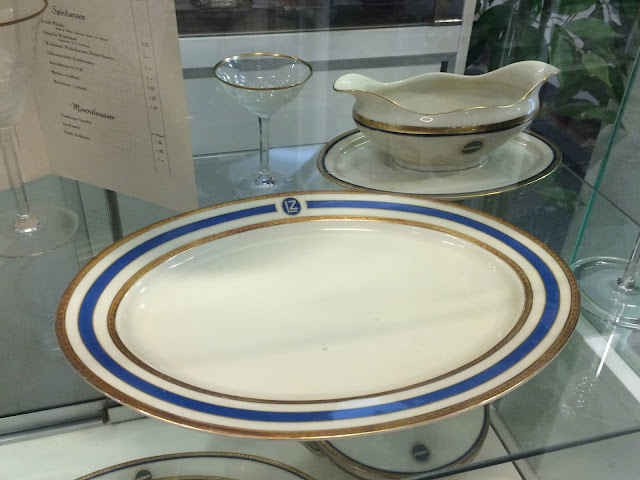 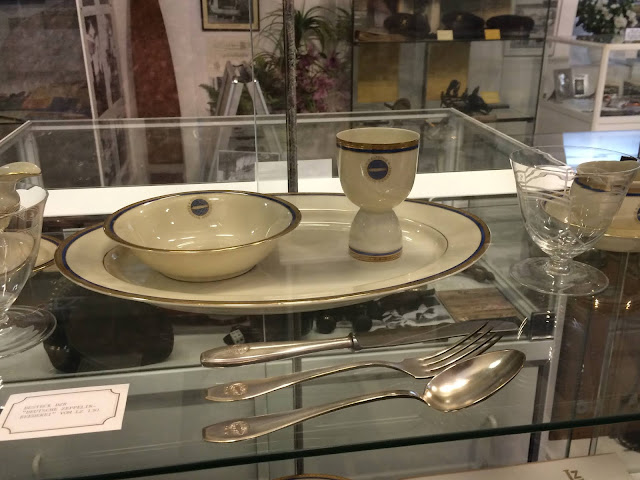 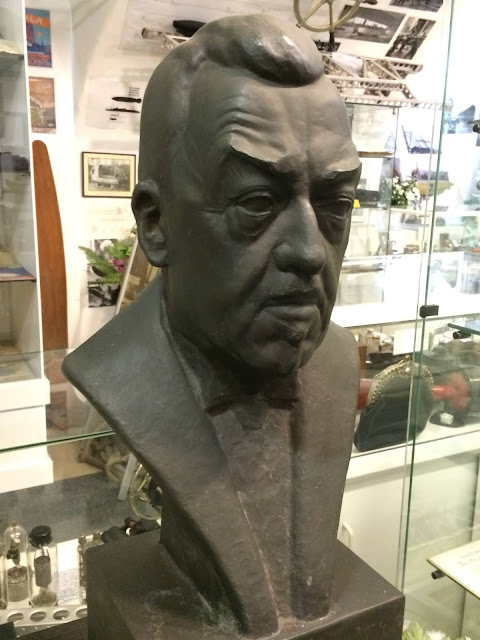 The real genius behind the Zeppelin company was Dr Hugo Eckener. He joined the company in 1908 as a part time publicist. He soon began piloting airships (not successful in the first instance) before eventually taking a hand in every aspect of the company. 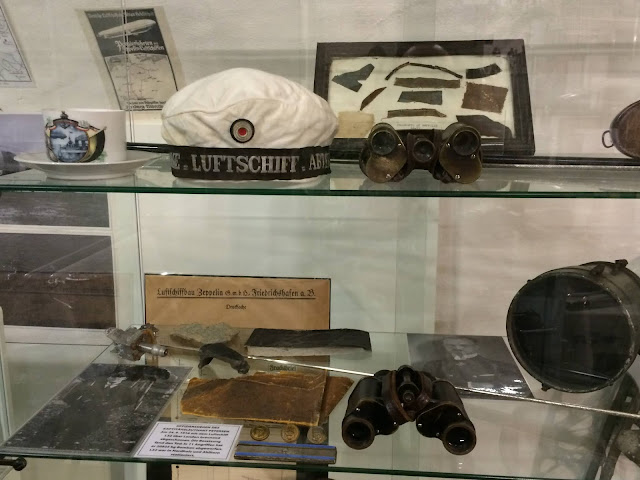 The museum is only small but its collection is extensive and interesting. We would have stayed longer but we had a Zeppelin flight booked and had limited time. It is well worth checking out if you're passing by. Also, Meersburg is a good place to stay, rather than Constance, as it's a pretty location with good facilities, good hotels and dining options and close to many lakeside tourist attractions.

Paul Markham
I am a project manager in sunny Perth, Western Australia with an unhealthy interest in vintage motor scooters, travel and ancient history.